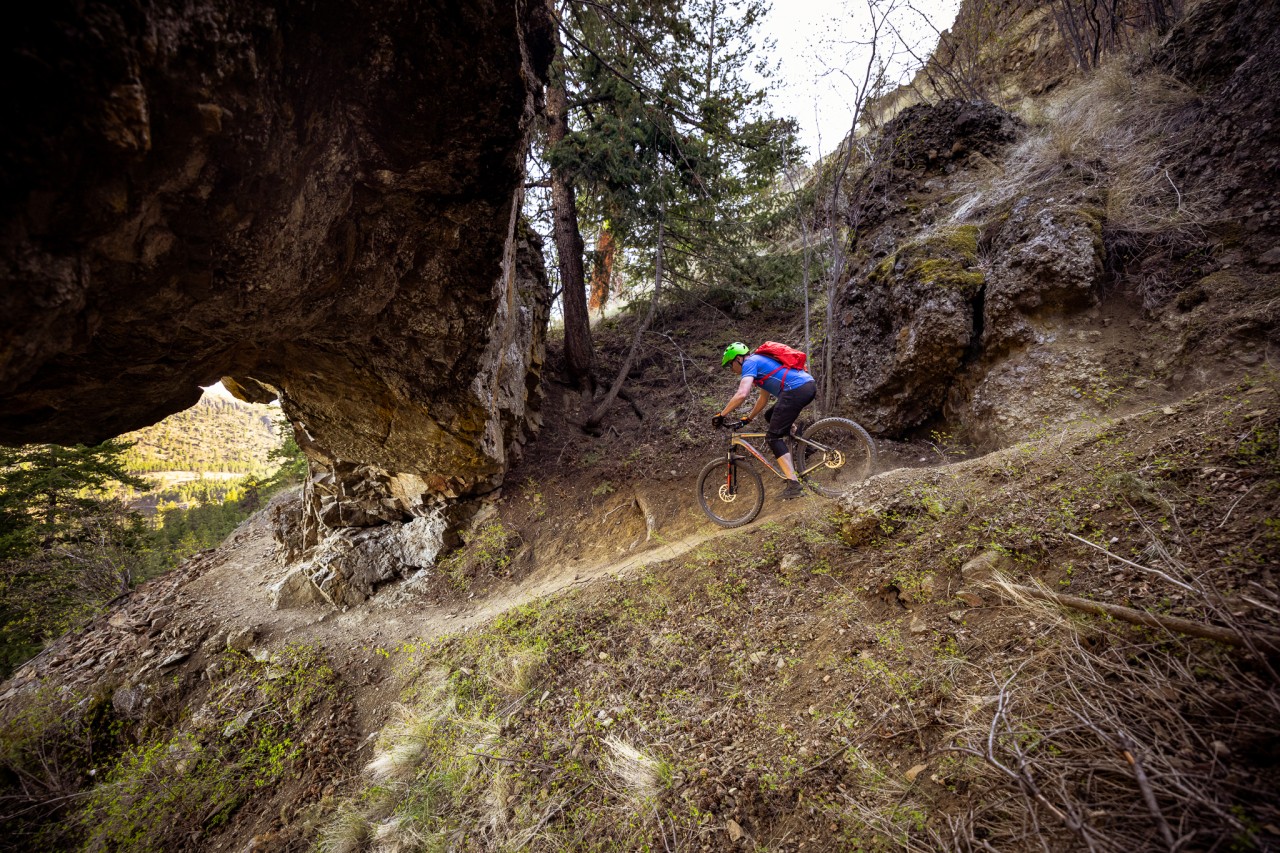 When I started mountain biking, there were no hydration packs. It was the 90's, we barely had suspension let alone luxurious things like Strava! When it came to water we used to strap as many plastic water bottles to our bikes as we could, stuffing them full of ice in hopes of a cool mid-ride drink. I grew up riding mountain bikes in the South Okanagan region of British Columbia and have settle in the Central Okanagan. The reason this is important is that we are located in a semi-arid desert. Most of our riding season is during the hot and dry months of scorching hot Summer. When the first hydration packs came on the market en masse, bikers of the Okanagan rejoiced... until we got to know them. 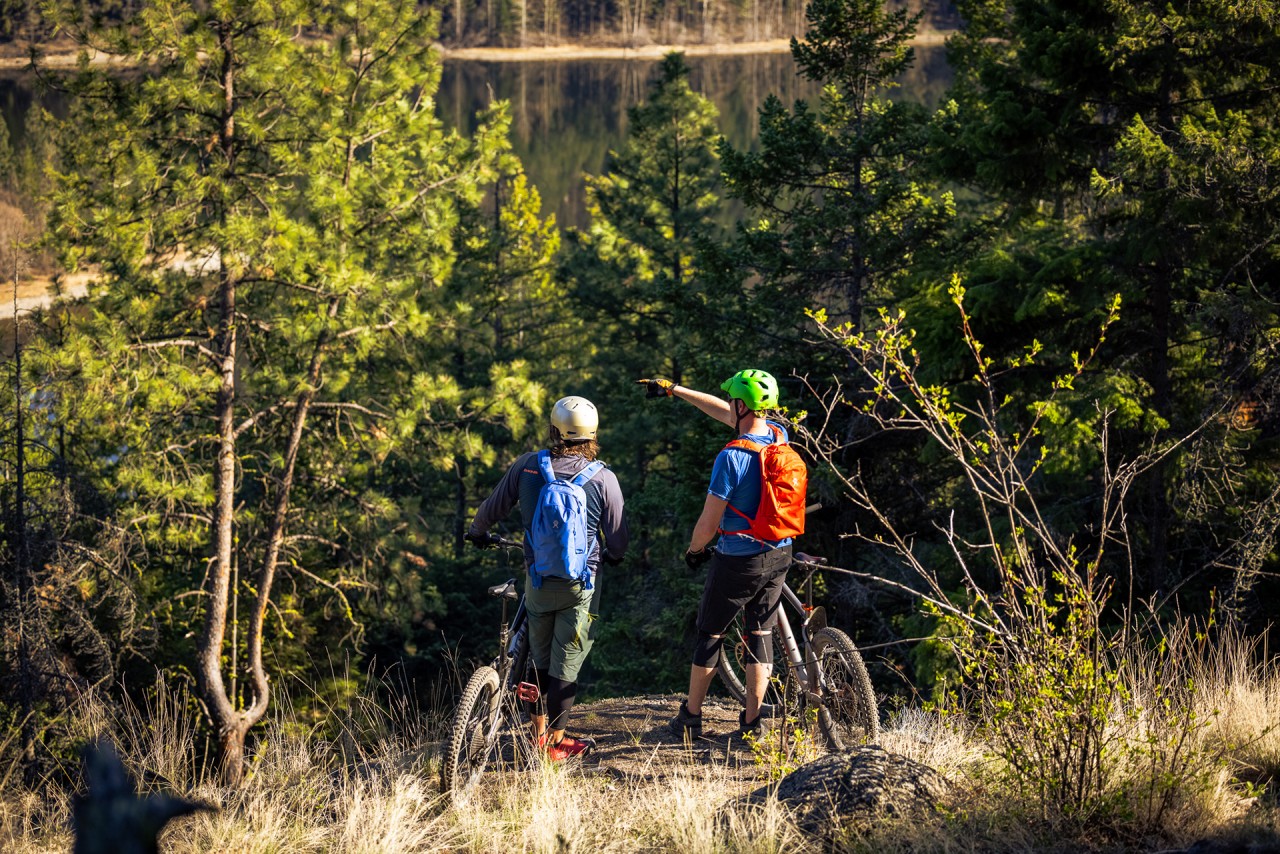 Hydration packs were to be the savior of the thirsty mountain biker. Promises of carrying more water, more tools, extra layer all came in one little package. There will remained one significant problem however – warm water. Sure, you could employ the same tactics as your water bottles of yesteryear and stuff ice cubes but it was only a matter of a short time (and a lot of back sweat) that your water was tepid once more.

Enter Hydro Flask. Long known as the leader in the booming stainless insulated bottle market (I know, I have a cupboard full) Hydro Flask has recently made the move to hydration packs with their Down Shift Hydration Pack 14L. The difference with their approach is they didn't look at the design issues noted above, mainly the back sweat and tepid water parts. Instead, they looked at it as a keeping-water-cold hydration problem. After one hot ride in West Kelowna I saw the light. The water was consistently cold for the entire ride. I had plenty of water as well with the 2L insulated bladder. But there is more to this pack than simply cracking the code of keep the water cold. 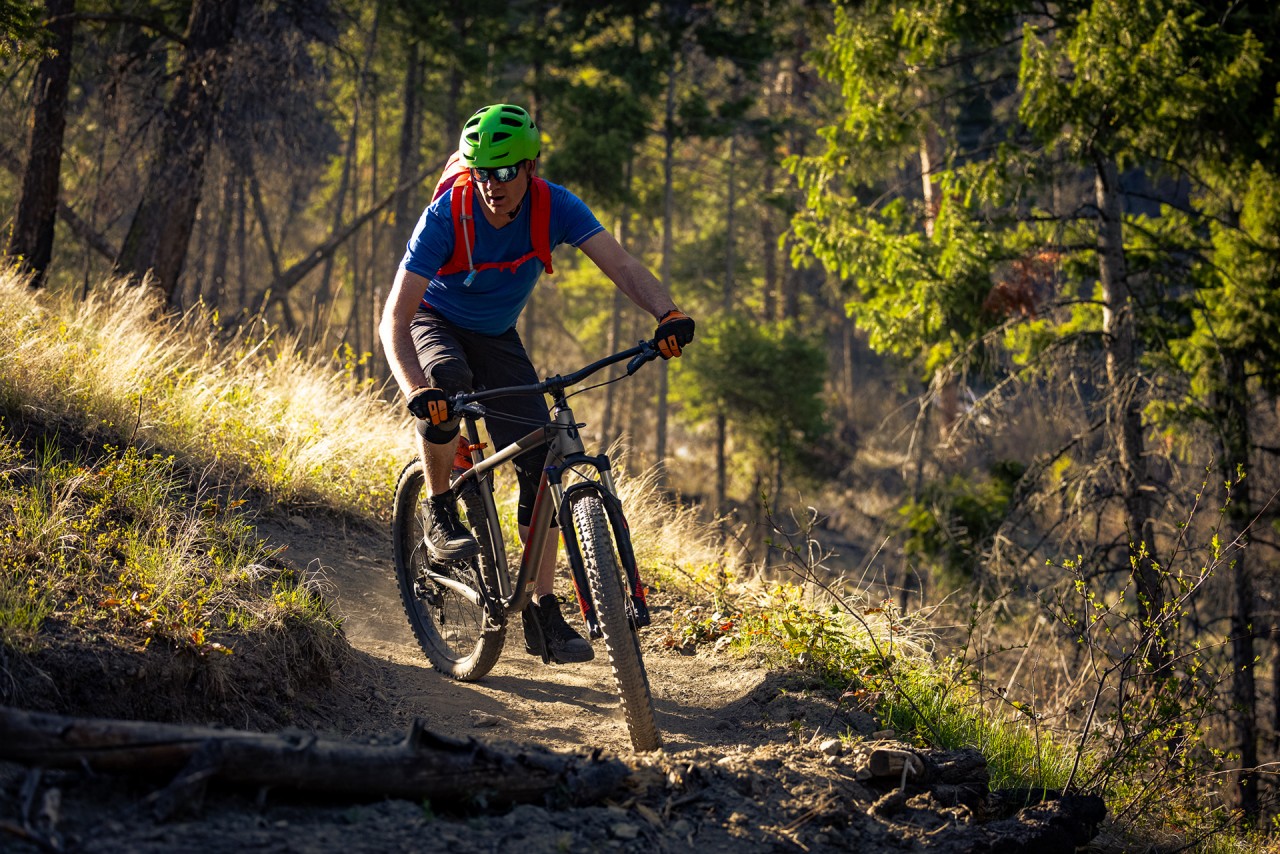 Down Shift? It Should be Called the Don't Shift!

As I rode my trusty stead up this shale laden ride called City on the Edge I knew there was something different about the Hydro Flask Down Shift compared to the mountain of other hydration packs I had use. I was so focused on the cold water part that it took me a while to put my finger on it. It wasn't until my riding buddy John told me how comfortable his pack was an how it didn't seem to move around as much as others. It hit me, they have some weight distribution magic and figured out a way to make all of your water and gear not shift and bounce around on your back. This made for a comfortable and confident riding experience. I think this is where Hydro Flask must have grabbed a few six packs and headed of to the trail head for some local knowledge. One of the biggest drawbacks to other hydration systems is they flop around on while you ride. This can mess up your equilibrium on technical trails. Of course, you can tighten your pack down tight so it won't move (and you can't breathe!) but the Hydro Flask Down Shift doesn't need that. 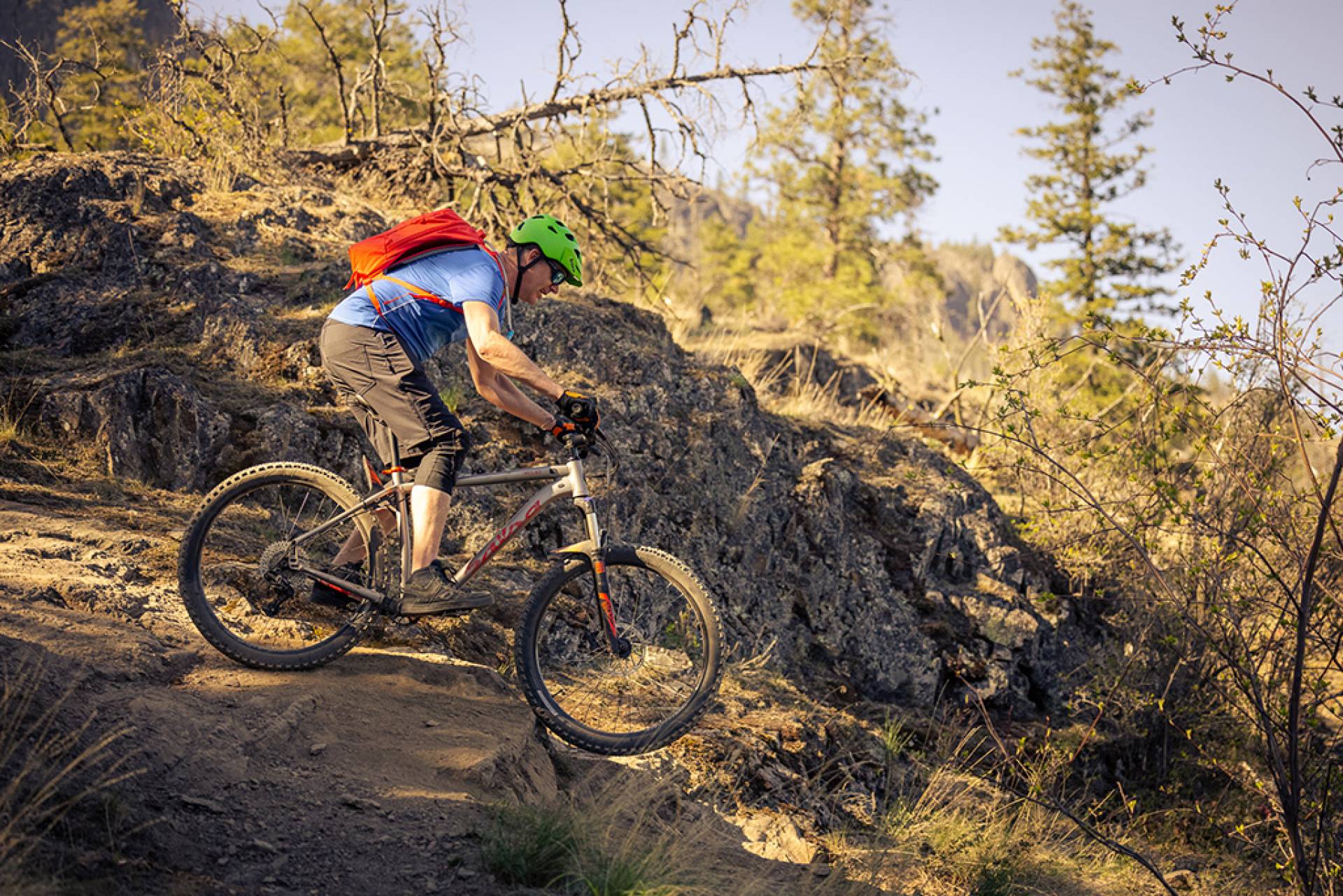 A Balance in the Force

How did Hydro Flask achieve this balance of weight, cold water keeping and gear packing? For starters they moved the bladder to the base of the pack and made it more square in shape. That simple move from a long bladder to a stout one made all the difference. From there they created an insulated pocket to keep said bladder cold and then added some well thought out compartments in the remaining 12 of the total 14L space. After testing the Hydro Flask Down Shift on several rides ranging from casual XC to rowdy freeride sessions I can honestly report that this pack does not move around. You don't even know it is there. 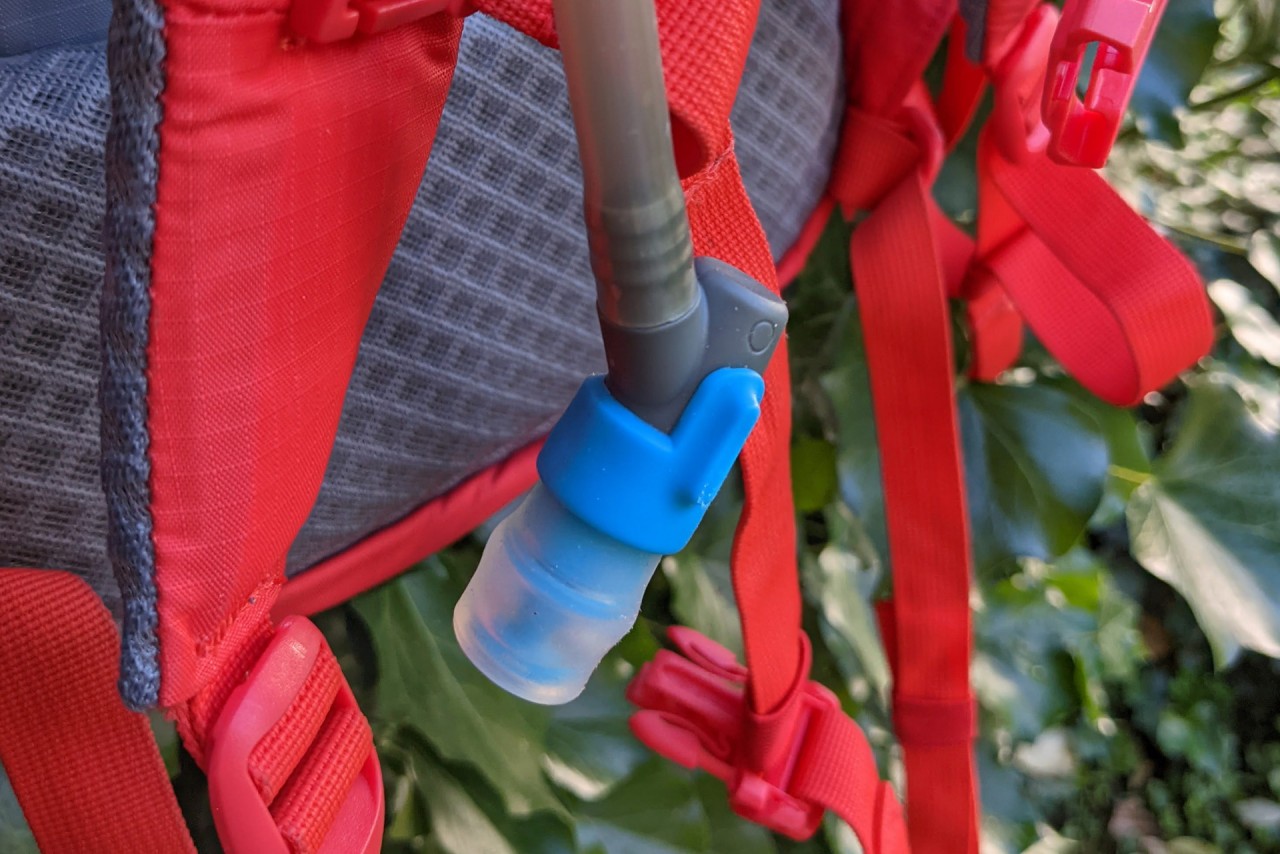 Another One (doesn't) Bite the Dust

During a review of any hydration system, whether it be bottles, reservoirs, or hydration packs, one should not over look the part where the water actually comes out. In this case it is the bite valve. This has been a point of frustration with my packs of the past. Constant wet seats or soaking gear bags because of leakage or something heavy squeezing the valve. Well not with the Down Shift. Hydro Flask came up with a thrilling marketing name for their bite valve - The High-Flow HydraPak Blaster Bite Valve. I kind of like it. Flow is good but I am most fond of how it closed shut - tightly! There is a quick on/off valve and it hangs in just the right place for fast water to mouth action. The soft bite valve connects to a sturdy hard plastic main valve that feels like it is built to last. 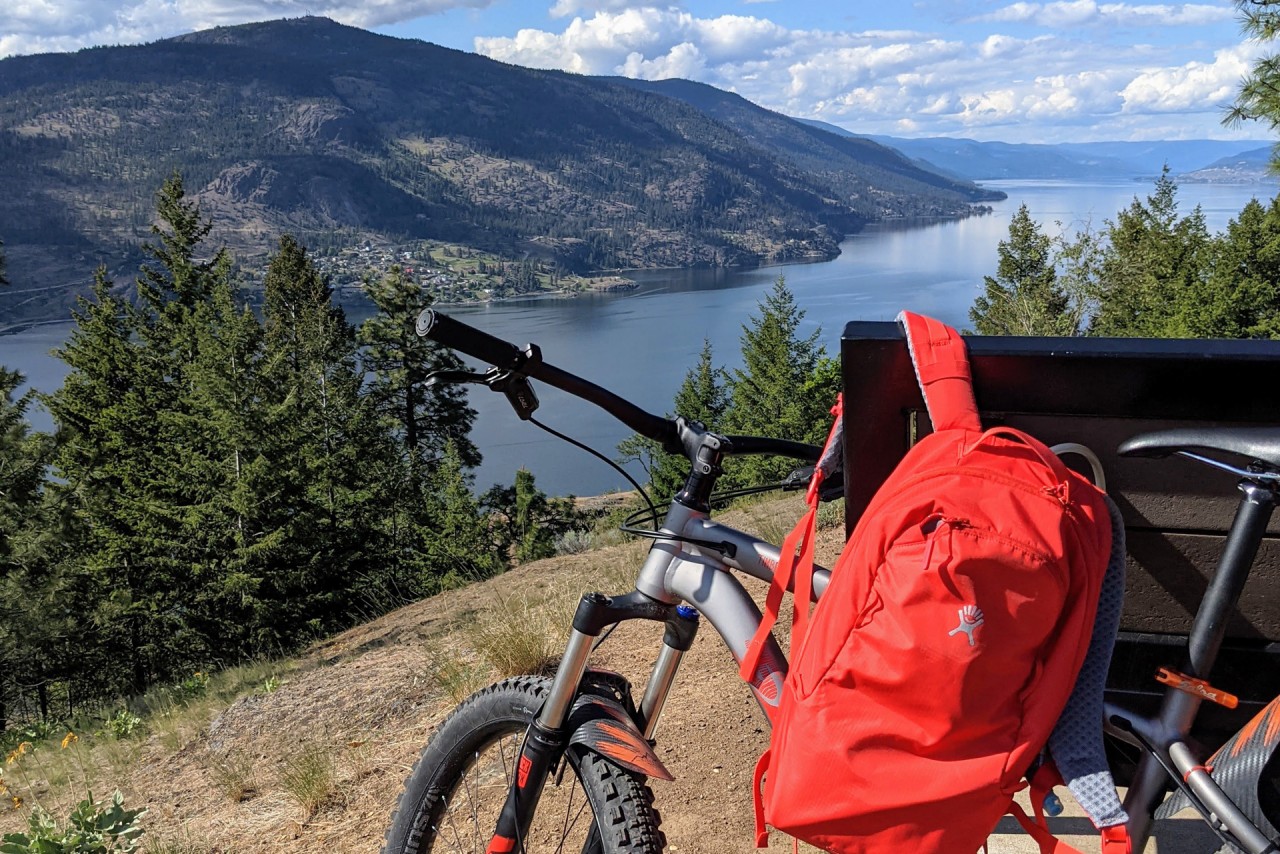 Back to Back (sweat)

This one is gross to talk about and even worse to experience - back sweat. Hey, I like to get a good sweat going out there, don't get me wrong, but when that sweat is trapped between you and your cold water that is where I draw the line. The suspension system combined with the padded back panels brings the back sweat quotient down to a minimum. I have started using the Down Shift for things outside of riding like hiking, long distance paddles, and Zoom meetings that just don't seem to have an end! 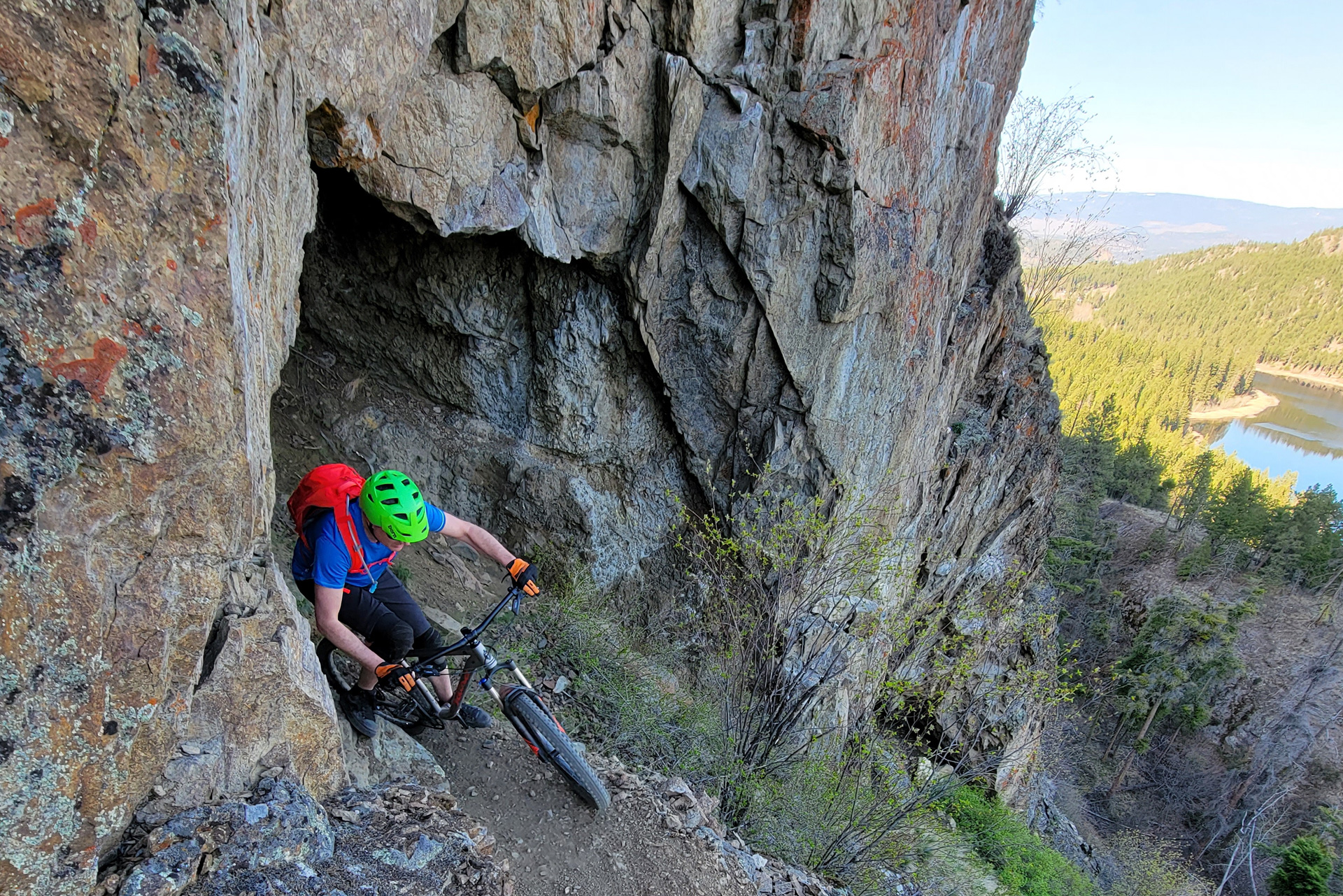 The Price is Right

Coming in at $175 the Hydro Flask Down Shift is priced competitively against it's peers. The DaKine Seeker is $180 and the Camelback Mule is priced similarly and the H.A.W.G is well over $200. At first when I saw the $175 price tag I thought my old stinky water bottles were looking pretty good. Then after doing some extensive research I realized that the Down Shift was right on the money for price.

Check Out Our On-Trail Review

I suspect by now you have realized that I am a Hydro Flask fanboy. After many years of trusting their stainless bottles I was confident that spending my hard earned Loonies on the Down Shift was a good choice, the perfect choice. Now, after many hours in the saddle with it strapped to my back I think that Hydro Flask has created a leader in the Down Shift hydration pack that everyone else will follow. Kind of like my me following my friends on their e-bikes...but that is a story for another time! 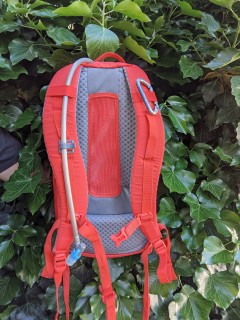 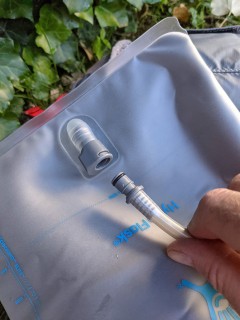 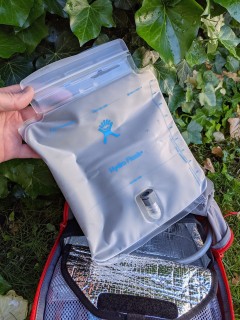 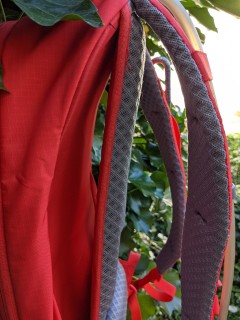 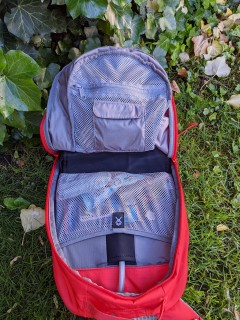 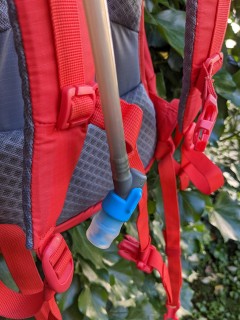